Europe has own agenda for lung cancer screening

September 3, 2013 -- In the U.S., lung cancer screening seems to have made great strides in the space of a few months, but Europe still has plenty of work ahead before it can implement population-wide screening -- perhaps as long as four years, according to a new article in the Lancet.

While acknowledging the power of the 20% mortality reduction shown in the U.S.' National Lung Screening Trial (NLST) trial results, Europe is waiting, among other things, for results from the Dutch-Belgian Nelson Trial, which may provide further evidence of a mortality reduction from CT screening.

Also on the continent's to-do list are risk prediction models to identify patients for CT screening, protocols that use volumetric analysis to diagnose indeterminate nodules, options for surgical resection of detected nodules, and determination of how many annual screening rounds is enough, according to researchers from the U.K., Holland, and Denmark.

The U.S. Preventive Services Task Force (USPSTF) has just released its draft screening recommendations in the U.S., but Europe is in a different place, as are its healthcare systems, wrote John Field, PhD, from the University of Liverpool, Dr. Matthijs Oudkerk from the University of Groningen, and colleagues from London and Copenhagen.

For example, the International Association for the Study of Lung Cancer (IASLC) has addressed those uncertainties by developing a consensus statement of issues needing more research, a list that includes effective risk assessment, the development of risk algorithms, and integration of screening with antismoking programs. For now there is a good case for "immediate implementation of carefully designed and well targeted demonstration programs," the group wrote.

More answers to come in Europe

"So far, three of these studies have shown no mortality benefit of lung cancer CT screening; however, none were sufficiently powered to identify a significant mortality benefit," Field and colleagues wrote.

The results of NELSON, the largest of the European trial, are still pending, as is a planned pooling of European randomized controlled trial data to estimate mortality and cost-effectiveness in the European population.

"These findings will potentially strengthen the evidence and enable further questions about screening frequency and evaluation of abnormal screens to be addressed," the study team wrote.

Among these, the NCCN targeted younger patients, ages 50-74 years, and 30 pack years of smoking history, but the minimum pack years were reduced to 20 if another condition such as chronic obstructive pulmonary disease, pulmonary fibrosis, radon or occupational exposure, cancer history, or family history upped the risk, the authors wrote, a move the AATS also followed.

The AATS also required a five-year risk threshold for screening of 5% or higher to allow screening, though it included long-term cancer survivors in screening eligibility. The American Lung Association included high-risk smokers in its screening groups, while other societies were more cautious, Field et al wrote.

"The mortality reduction reported in the NLST trial can probably, although not certainly, be generalized to screening in other risk groups," they wrote. "Clearly, the absolute benefit of screening will decrease with lower lung cancer risk and increase with higher risk, which will have consequences for the cost-effectiveness of the screening program."

Following publication of the NLST results in 2011, IASLC's review of the evidence aimed to identify high-risk individuals, develop radiological guidelines for use in developing national screening programs, and integrate smoking cessation programs into screening. And although this work is incomplete, guidelines do exist for imaging and diagnostic workup that worked for NLST and other studies, so by no means does everything need to be done before screening begins, the authors wrote.

"It would be nihilistic to stipulate that all of these issues need to be completely resolved before CT screening is recommended for implementation, once the necessary mortality and cost-effectiveness data are available," Fields et al wrote. "Since the IASLC recommendations were published, substantial advances have been made, including the identification of high-risk individuals by use of validated risk prediction models; acquisition of radiological evidence for nodule analysis based on volume and diameter and the cutoff parameters for referral for further work-up by multidisciplinary teams; and use of surgical approaches for screen-detected CT nodules."

The NELSON results and the pooled data to which it will contribute will be available in 2015-2016, they wrote. For now the key issues to address are population selection, imaging protocols and volumetric analysis of nodules, the harms of screening, and deaths prevented from screening, as well as surgical options.

Risk models include the Liverpool Lung Project, which has been validated in two international case-control datasets. The more sophisticated PLCO (Prostate, Lung, Colorectal, and Ovarian Cancer Screening Trial) risk model uses a more detailed smoking history and incorporates sociodemographic factors. An analysis of NLST results showed that 12 more lives would have been saved had the modified PLCO criteria been used.

Risk factor modeling is unlikely to improve without the discovery of strong genetic or molecular biomarkers, they group noted. Development of biomarker risk models will need to follow the National Cancer Institute's Early Detection Research Network (ERDN) guidelines and will need to be tested in appropriate risk populations, the authors noted.

As for nodule management, volumetric assessment is implemented as in the NELSON, DLSCT, LUSI, MILD, and UKLS studies from the EU. However, the mortality benefit in NLST was based on the use of nodule diameter for workup decisions, the group wrote. On the other hand, most of the EU trials used 16 detector-row CT technology.

In dose, the Radiological Society of North America (RSNA) is recommending the use of size-specific dose estimates (SSDE) because it takes more dose variables into account, discouraging the use of imprecise terminology such as low-dose CT.

The EU trials used 1-mm slice thicknesses and reconstruction intervals of 0.7 to 1 mm and volumetric nodule assessment. Proportions of pathological stage 1 disease have been very similar across EU trials, for example 70.8% stage 1 in NELSON versus 61.8% in NLST. Growth of nodules should be separated from definition in diameter, the group wrote. NLST used diameter measurement for both nodule and nodal management.

"Lung cancer screening trials based on diameter measurement prescribe the maximum diameter size as the representative figure for the characterization of the nodule," they wrote. "Unless the nodule is purely spherical, this approach will lead to systematic nodule size overestimation and an increase in false-positive results. Since the maximum diameter is restricted to the measurement in one plane, the relation with the volume is unpredictable."

Screening is inherently challenging because so many nodules yield so few positive results, they wrote. Still, surgical interventions have a major effect on the efficacy of the program because of the costs and risks of the interventions.

"The surgeon should have a key role in the planning and execution of CT screening programs, to minimize harm and optimize benefit," Field et al wrote. Beyond its curative powers, surgery is important in the diagnosis of lung cancer and was incorporated into the diagnostic guidelines published by AATS, NCCN, ACS, and by the Fleischner Society in 2013.

Major cost-effectiveness issues will arise when population-wide screening is considered, especially in relation to frequency and duration. Almost all trials to date have been based on annual screening, but more studies are needed of other screening intervals, for example, biennial screening, which is drawing interest as an option. The positive and negative effects of a given regimen will depend on the risk status of the population, the duration of the screen-detectable phase, sensitivity, rates of diagnostic intervention, effect on fatality and mortality, and the propensity for overdiagnosis, they wrote.

Start with a pilot

"Adoption of the NELSON volumetric nodule management protocol would confirm or otherwise the safety of use of a 230 day cutoff for volume doubling time, suitable age ranges for screening, and other findings from the EU trials," Field et al wrote. "Studies of a range of approaches to smoking control could also be nested within the project."

NELSON and the pooling of its results with other European trials will likely offer further evidence of a mortality benefit from screening and its cost-effectiveness within European healthcare systems, they wrote. The trials will also provide more insight into risk stratification for screening and a robust radiological protocol to minimize false-positives and aid in decision-making with regard to indeterminate nodules. More data is also emerging about minimally invasive surgical techniques, especially VATS. Together these factors will reduce harms and improve the benefits of screening.

For the U.K.'s National Screening Committee, the most promising approach would be to prepare for screening after the NELSON and EU pooling reports in 2015 and 2016 by joining in demonstration projects in collaboration with other European investigators in countries with similar healthcare systems, in order to answer the outstanding questions.

"In Europe, we need to prepare for lung cancer screening with an integrated smoking cessation policy because this combined approach will save more lives than any other lung cancer intervention in the near future," the group concluded.

Mediterranean diet cuts risk in lung cancer screening subjects
Validating the advice of your health food store clerk (and possibly your Italian grandmother), a new study in the Annals of Oncology has found... 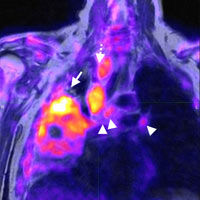 Forum Comments
1 comment so far ...
9/5/2013 3:51:29 PM
Fred Grannis
As reported by Eric Barnes (Aunt Minnie September 3, 2013) , John Field details "several uncertainties" as  cogent reasons for delaying implementation of lung cancer screening in Europe.  Although this explanation is recondite and erudite, Dr. Field , the U.K.'s National Screening Committee and the IASCL omit one inconvenient consideration.
Absent CT lung cancer screening, 269,640 Europeans will die of lung cancer in 2014. 1 More than one million will suffer and die from the disease during the four year interval described by Field.
If "clinical considerations are paramount"  I remain mystified as to how they are served by such public health policy?