More T, doctor? No thanks

Cost -- that is the key factor affecting the advanced medical imaging market. For the MRI market it comes in many guises: upfront, operational, installation, services. All of these influence the purchasing decisions of hospitals globally and continue to stifle growth in the global MRI market. When systems cost upwards of 700,000 euros, each contributing factor is magnified in importance.

The "bread and butter" of the MRI sector are cylindrical systems. These account for approximately 75% of the global MRI market. 1.5-tesla, 3-tesla, and 7-tesla magnets have all been the focus of innovation in recent years and certainly have their place for numerous clinical applications. However, the future progression of the market will be focused on the 1.5-tesla segment.

The 3-tesla market was tipped for strong growth three years ago, driven by promises of improved resolution and diagnostic outcomes. However, improvements in 1.5-tesla systems accelerated through demand for more advanced mid-priced systems, as well as concerns over the price of 3-tesla equipment. The 1.5-tesla market also meets the needs of both emerging and developed markets as it splits to include a multitude of price tiers offering premium and economy systems. In 2014, the global average selling price of 1.5-tesla systems was two-thirds that of 3-tesla systems, and this is not expected to change over the coming five years. As a result, the 3-telsa market will remain a smaller, more specialized segment as 1.5-tesla systems drive the majority of unit growth. 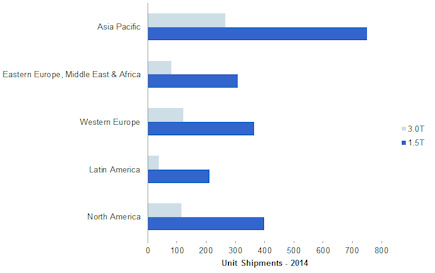 The 1.5-tesla systems are projected to remain the majority of the market for the foreseeable future. The developed markets of North America and Western Europe are almost exclusively replacement markets looking for cost-effective systems that provide adequate image resolution and clinical outcomes. The 1.5-tesla systems meet the requirements of the core hospital market, and increasingly 3-tesla systems are only required by specialty and training hospitals, which account for approximately 10% to 15% of the total market.

Manufacturers are now focusing on improving the operational costs and user experiences of the systems. Reducing cost, noise, and footprint of 1.5-tesla whole-body systems has the potential to boost growth in smaller practices outside of specialist institutions where extremity MRI scanners may be prioritized.

As a result, a succession of products launched in the last two years has focused on four key areas: cost of ownership, noise reduction, small footprint, and wider bore for increased patient throughput. These include:

Investment in new advanced imaging solutions is currently being focused on CT due to the need for new equipment that offers radiation dose reduction software and tracking. As a result, short-term growth in the MRI market is low due to lack of investment. However, interest in 1.5-tesla systems is projected to accelerate over the next four years, with the global average annual growth rate for units peaking at 11% in 2015.

Growth is projected to be led by the Eastern Europe, Middle East, and Africa market, as well as in Asia where the penetration of MRI systems is low. The North American market remains challenging due to changes in reimbursement, and as a result, growth is significantly lower. However, even in this challenging market, adoption of 1.5-tesla systems is projected to be far stronger than that of 3-tesla and open MRI equipment.

Cost will therefore remain the key purchasing decision in the MRI market over the next five years. Whilst restricted healthcare spending may appear to cast a shadow over the high-cost medical imaging market, it could also act as a catalyst for innovation in a market that is searching for cost-effective imaging solutions. 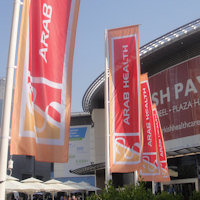 Arab Health: 7T clinical MR units could soon become reality
DUBAI - At least one large company is very interested in developing a 7-tesla MRI system for use in large university hospitals in the near future, a leading... 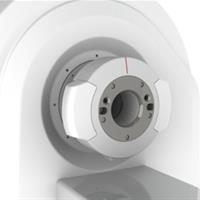 MRI makes swift progress in research arena
Preclinical imaging is an increasingly vital research tool for observing organ, tissue, cell, or even molecular changes, and is often used while animals... 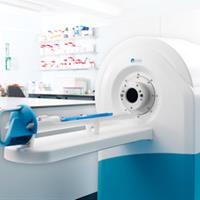 Honey, I shrunk the magnet: 7T MRI runs cryogen-free
Looking to fill a void in the market for preclinical MRI and eliminate the need for labs to hunt down scarce supplies of liquid helium, MR Solutions has... 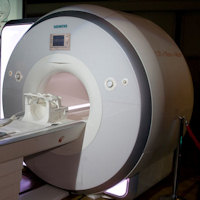 MRI in the face of economic adversity: Where next?
MRI has been the flagship of diagnostic imaging since its conception in the mid-1970s. In 2012, demand for MRI equipment drove market revenues of 693...