August 24, 2018 -- At the annual meeting of the European Society of Cardiology (ESC) that starts this weekend in Munich, Siemens Healthineers plans to unveil a cardiovascular MRI scanner designed to offer special features for heart assessment, including technology that allows for free-breathing exams.

Intended specifically for use by cardiologists but with the capacity to be shared between departments, the 1.5-tesla Magnetom Sola Cardiovascular Edition comes with dedicated applications and new technology for improved diagnosis and tailored treatment strategies, as well as faster, more automated examinations and standardized processes, according to Siemens. 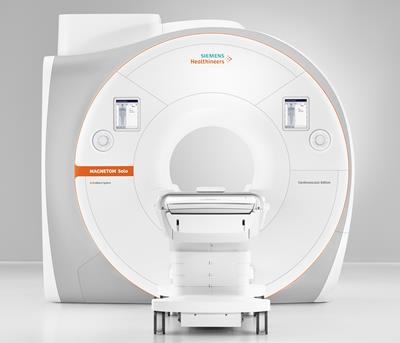 At the ESC congress, the wraps will be taken off the Sola Cardiovascular Edition. Image courtesy of Siemens Healthineers.

Speaking to AuntMinnieEurope.com ahead of the launch, Daniel Fischer, head of clinical and scientific marketing, stated these cutting-edge features should make more accurate diagnoses accessible to a new patient group.

While the ESC recognizes MRI as the gold standard imaging modality for cardiovascular patients, mainly due to its capacity to quantify cardiac volume, mass, and wall motion, as well as its ability to diagnose ischemia and myocardial viability, it is widely acknowledged as a difficult procedure due to lengthy exam times involving many breath-holds, he explained.

"Because of the difficulties of MRI, cardiologists often opt for multimodality exams, such as ultrasound, CT, and SPECT, when in fact all quantitative information about a patient's condition can be gained from one modality: MRI. We developed our cardiovascular edition with these fragile patients in mind," he noted.

One of the most significant features of the cardiovascular edition is the Compressed Sensing Cardiac Cine application that Siemens Healthineers introduced to its MR machines 18 months ago, he explained.

The cine application accelerates MRI scanning sequences so that cardiac function can be measured while the patient is breathing freely. Previous scanners required patients to hold their breath for up to 20 seconds several times during the process. It remains the sole application on the market to allow free-breathing exams to patients who often have irregular heart rates or difficulty breathing and were previously not eligible for cardiac MRI, according to Fischer.

Meanwhile, the system's MyoMaps application provides quantitative assessment of myocardial injury that consequently affects therapy pathways. Although tissue mapping is now widespread on the market, early diagnosis of diseases such as myocarditis using such tools allows for timely treatment decisions.

Currently available in the European Union (EU) and other countries, the system is also designed to facilitate the cardiologists' experience when performing MRI, continued Fischer, pointing to its applications to optimize exams, postprocessing, and analysis, with the package also including training for customers. 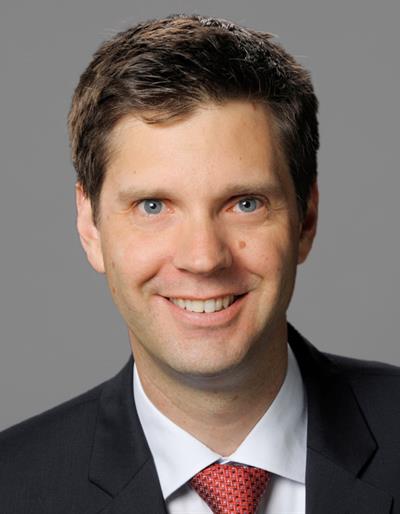 "The Dot Engine, based on machine learning, includes automated techniques such as angulation to make cardiac MR easier. Previously, these techniques were lengthy, but the software takes a lot of the time and frustration away from the process," Fischer noted. "Cardiologists can set up protocols ahead of time to run through processes automated, which is particularly interesting for studies."

Standardization is another benefit of the Dot Engine, according to Fischer, who noted this generation of scanner comes with BioMatrix Technology, which aims to remove user variability and was included in 3-tesla machines last year. This technology, under development for five years, automatically adjusts to different patients to prevent variations in the scanning process, consequently shortening exam times, reducing the number of repeat scans, and leading to consistency and timely treatments, he added.

Part of BioMatrix resides in integrating sensors into the scanner to measure patient data. The respiratory sensor tracks respiration obviating the need for an external belt, and the data are displayed to the end user and integrated into the exam. The beat sensor that lies in the surface coils tracks the movement of the heart in real-time without an electrocardiogram (ECG) belt.

"For cardiac MRI scans, an ECG signal is needed. This necessitates shaving and placing electrodes -- which takes time to set up and is a potential source of error. Using a beat sensor, we can track motion to prepare the MRI without an ECG: A surrogate signal via the surface coil determines the cardiac phase and trigger point," Fischer said.

Delegates at the ESC conference will be able to attend a late-breaking science session on Saturday afternoon about the cost-effectiveness and downstream savings of cardiac MRI seen in the U.S. SPINS SCMR Registry Trial of stress cardiac MRI. Additionally, on Monday afternoon, Siemens Healthineers will hold its satellite symposium about diagnosing ischemic heart disease and will present test results of the new cardiovascular edition. 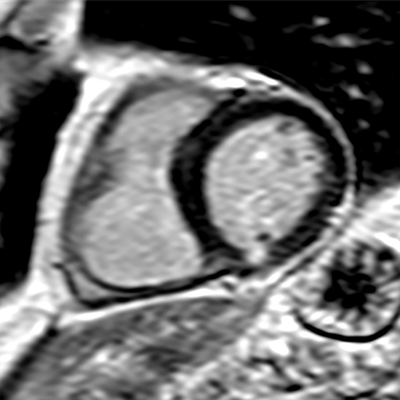 Cardiac MRI offers prognosis for hard-to-find infarctions
Cardiac MRI can play a critical role in helping to determine which patients suspected of having stable coronary artery disease could have an unrecognized... 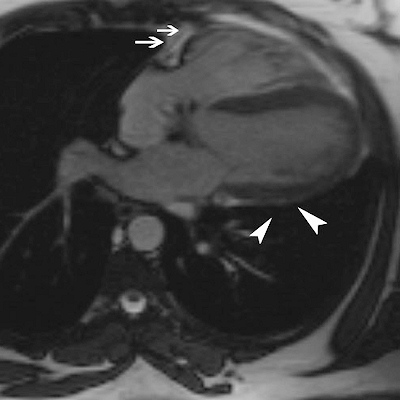 Imaging shows value in congenital agenesis of pericardium
Congenital agenesis of the pericardium is often discovered as an incidental finding, but Greek researchers have now demonstrated that CT and MRI can reveal...
Cardiac imaging promoted on International Day of Radiology
Cardiac imaging is taking center stage today to commemorate this year's International Day of Radiology (IDoR 2018), to take place on 8 November. 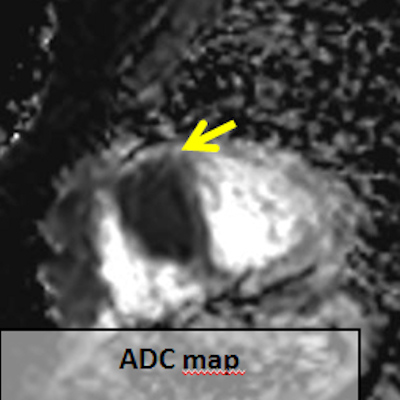 DWI-MRI gathers clinical momentum in cardiac cases
Cardiac MRI scans using a diffusion-weighted imaging (DWI) protocol have become a feasible and reproducible technique that can depict the presence of... 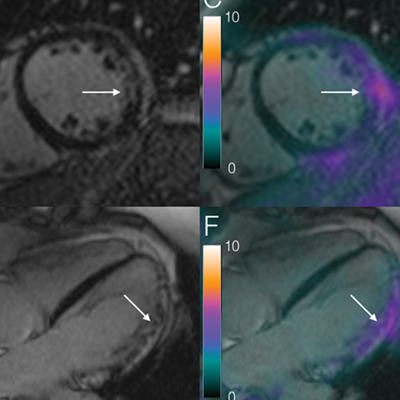