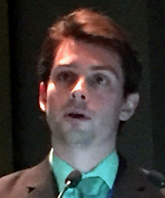 Researchers from Radboud University Medical Center in Nijmegen, the Netherlands used lung segmentation and nonrigid registration to deform prior CT lung scans and subtract them from the new scans, thereby highlighting any changes that occurred since the last acquisition. Computer-aided detection (CAD) applied to the coregistered images found almost three-quarters of the relevant changes while maintaining a low false-positive rate.

"Automatic detection of interval changes between low-dose CT images is feasible, and the subtraction images show good quality," Colin Jacobs, PhD, said in a presentation at RSNA 2015 in Chicago.

As lung cancer screening programs examine and follow up on more smokers, demand is growing for an automated method to distinguish changes in the images at follow-up, which would relieve radiologists of some of the painstaking work of comparing scans. Right now the follow-up process is slow and labor-intensive.

"On the follow-up scan you do a check of all findings," said Jacobs, a postdoctoral researcher and software developer within the department of radiology and nuclear medicine. "Did they grow, did they change? You look for new findings which might be visible on CT. In this study, we try to detect interval changes between the scans in a screening setting."

The 3D elastic registration technique used in the study, developed at the Fraunhofer MEVIS research institute in Germany, had placed 5th out of 37 at the EMPIRE image registration challenge in 2010, he noted.

Above, CAD applied to subtraction-based registration of prior and current lung CT images detected a new nodule. Below, CAD did not detect a new nodule at the lung base that was not present on the baseline scan. All images courtesy of Colin Jacobs, PhD.

The method is based on four model assumptions:

In the CAD process, images are analyzed and potential areas of interval change are extracted using banded thresholding and connected component analysis. Then, for each candidate, a set of intensity, shape, and context features is calculated and a GentleBoost classifier is used to distinguish between relevant changes and registration artifacts.

"The quality of subtraction images was rated high, with only 4% of images falling under a score of 4," Jacobs said. Free response operating characteristic (FROC) analysis showed 72% sensitivity for relevant changes, with a mean 2.0 false-positives per scan. Automatic detection of interval changes between low-dose CT images is feasible, and the subtraction images show good quality, he said.

"We think that this method may be valuable in reading follow-up CT in other screening settings," he added.

Responding to a question from Dr. Ronald Summers, PhD, from the National Institutes of Health (NIH) in Bethesda, Maryland, U.S., Jacobs acknowledged that the analysis of extremely diseased lung tissue may indeed reduce performance of the system slightly -- for example in the presence of a very large tumor -- but the drop-off in performance is usually minor.

"Also, when there is a lot of emphysema, the edges disappear and it becomes more problematic ... so I would say that is a small problem," Jacobs said. "This technique works best when most of the lung is normal, and major changes are hard to map."

Responding to another question from the audience, Jacobs said the team is doing preliminary research into how well the system performs in assessing lung cancer treatment response. 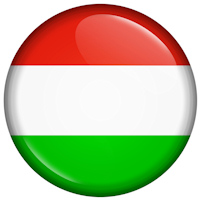 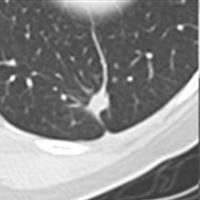 CAD systems compared: What you should look for
A Dutch study suggests the best computer-aided detection (CAD) system can detect most pulmonary nodules at a low false-positive rate and find additional... 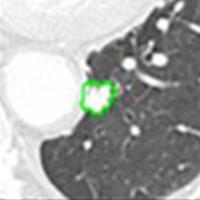 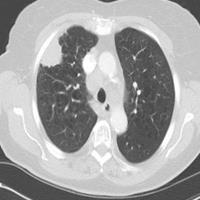 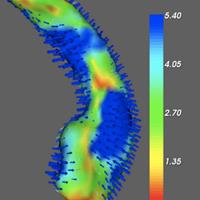