VIENNA - Patients receiving low-osmolar (but not iso-osmolar) contrast agents under anesthesia are prone to systemic, self-limited periods of hypotension, researchers reported on Wednesday at ECR 2017.

The findings in 40 patients, which the Vienna-based researchers said may not have been reported previously due to the limitations of low-tech blood pressure monitoring, should be communicated to physicians and monitored in patients with potential clinical implications.

"Since we switched from iso-osmolar contrast media to low-osmolar contrast media due to economic reasons, our anesthetist observed hypotensive episodes in patients undergoing stereotactic radiofrequency ablation of liver tumors ... and we really didn't know why this was," said Dr. Gerlig Widmann from Vienna Medical University Hospital in his presentation.

The blood pressure decreases of more than 25 mm Hg and compensatory increases in cardiac output were found under continuous blood pressure monitoring during the procedure, he said. Was there really a difference in the effects between low-osmolar and iso-osmolar contrast media? 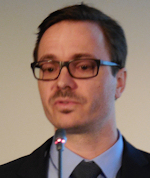 Each patient was scanned twice: once for planning before the procedure, and once after the procedure to evaluate the results. To evaluate needle positioning, an additional noncontrast CT scan served as a placebo control.

Patients were excluded for significant coronary or other heart conditions, as well as any allergy to iodinated contrast. The anesthesiologists were blinded to which type of contrast the patient received.

The researchers performed an analysis of variance for repeated measurements along with t-tests or nonparametric tests for significance testing of study end points, he said.

While the population was small, the statistical power of the study was sufficient "because the drops in blood pressure were very severe," Widmann said.

"For baseline results, there were no significant differences in the two treatment groups," he said. 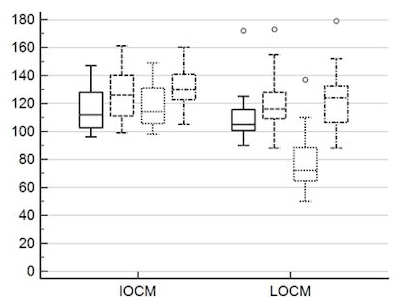 With low-osmolar contrast, "there's really a big decrease of about 31/26 mm Hg, and the mean arterial pressure for this group was about 57 and the lowest value was 39 mm Hg," he said. The placebo control showed a slight increase in blood pressure perhaps owing to the fluid volume, but there were otherwise no changes. And with the iso-osmolar contrast, there was very little difference, maybe about 2 to 3 mm Hg, Widmann added.

Administration of low-osmolar contrast agent was also associated with an increase in heart rate of about two beats per minute versus the saline control; the increase was even higher when compared with the iso-osmolar contrast solution.

"Low-osmolar contrast media shows a self-limited effect on systemic hypotension, which is not seen using iso-osmolar iodixanol," he concluded. "Anesthetists and radiologists should be aware of these effects when observing patients during contrast-enhanced CT scans in anesthetized patients, especially patients in whom hypotension may pose clinical risks."

At Widmann's institution, anesthesiologists now increase the injection rate in patients receiving low-osmolar contrast agents to compensate for this effect, he added.

Heart rate jumps with CT contrast agent
VIENNA - Faster heart rates are the last thing radiologists want with coronary CT angiography. But that's apparently what they get when using a contrast...
Copyright © 2017 AuntMinnieEurope.com