Radiologists could adopt the systematic quality control methods of the manufacturing industry, above and beyond the use of structured reporting. That's the belief of Dr. Christoph Wald, chairman of radiology at Lahey Hospital & Medical Center and professor of radiology at Tufts University Medical School in Boston. 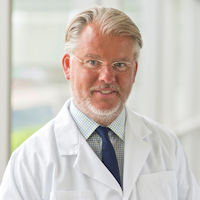 "Radiologists need to care more about the integrity of the work product we put into the world, namely our radiology report," he told ECR Today in a precongress interview. "The flaw in the current setup is radiologists act like a professional services manufacturing hybrid, putting out hundreds of thousands of widgets a year without systematically looking at them."

Systematic quality control is long accepted in the manufacturing industries but less so in professional services such as radiology, according to Wald.

In today's session, he plans to discuss how a natural language processing (NLP) engine is helping his practice ensure its radiology reports are of consistent quality. The system is used to flag gender mismatches between radiology reports and the gender in the electronic health record (EHR). It can identify in real-time where, for instance, the report is of a prostate but the patient's gender is recorded as female. This can be an error in the report or the EHR, and finding this type of error in the EHR can help stop a male patient receiving a reminder to attend a mammogram. Wald says the system also prevents the potentially embarrassing, accidental inclusion of wrong gender organs in the radiologist dictation, which can result from voice recognition errors and the use of templated language.

Dwell time by report count per radiologist in training 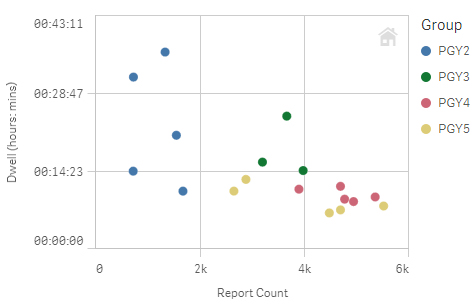 Each dot is a radiologist in training. Colors denote training year. Data shown are for fiscal year 2016. As trainees progress, their annual report volume goes up (x-axis) and the median dwell time (time it takes to report) goes down. The initial interpersonal variation also goes down over time due to training.

The engine is now being used to check whether radiologists in his practice are using structured language to report on images, where this is required. For the first time, he can systematically look across the entire 360,000 reports from his core practice and see for a prostate MRI, for example, how many people used the language and how many didn't. When radiologists are noncompliant, this can be brought to their attention, and training provided when necessary.

In the future, the intention is to check compliance in real-time. The system would spot that a radiologist hadn't, for example, run the required macro for reporting a prostate and could flag this.

One advantage is that some issues with the report are corrected before it enters the clinical environment, Wald explained. This avoids the "dreaded email" whereby radiologists are told they have missed something, must refamiliarize themselves with the case, add an addendum to the report, and spend 20 minutes fixing a problem that they could have quickly solved at the time.

"Our radiologists appreciate being told in real-time that something is missing, and the majority in our practice is positively disposed to this," he said.

Another novel use of the NLP engine is analyzing in real-time how much time radiologists spend reporting each examination. The main benefit is economic, because the salary of radiologists is one of the biggest costs to the practice.

In one analysis, Wald's team looked at CT angiographies of the head and neck. While five radiologists took an average of 31 minutes to read each examination, the sixth took an hour and 12 minutes. This prompted a conversation with that radiologist, raising the prospect of offering training or asking the individual to focus on other types of examination. 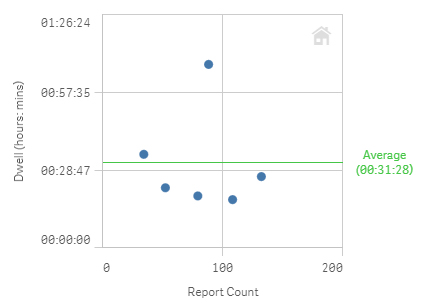 Each dot is a neuroradiologist. Data shown are CT angiography of the head and neck exams for fiscal year 2016. Median dwell time for interpretation of this complex exam is 31 minutes. One radiologist is an outlier who takes one hour and 12 minutes on average.

The group is also analyzing the length of reports and how many negative (and positive) findings and filler words are contained in each. If there are too many negative findings per report, its value decreases. Again, radiologists can be made aware that their reporting habits differ from the average. Wald says that most of his colleagues want to gravitate to the median behavior for their peer group. 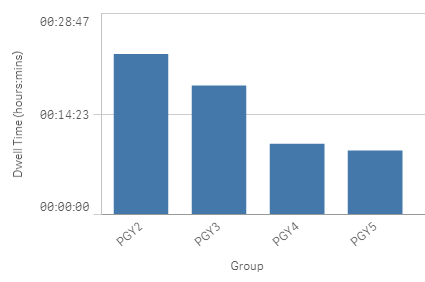 Data show the decrease in median dwell time by training year of trainee radiologists, which can be interpreted as being due to increasing proficiency. The statistics can be further broken down by modality, and even exam code, with the aim of discovering room for improvement and monitoring progress.

Chairing the session, Dr. Wieland Sommer, head of oncologic imaging at Grosshadern Hospital at Ludwig Maximilian University of Munich in Germany, aims to introduce some of the pros and cons of implementing different forms of structured reporting. 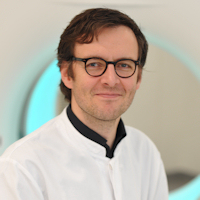 A major obstacle is that some radiologists feel limited by strict reporting software. Many of them want to discuss their findings in their own words in free text, he explained. They can feel forced into choosing a certain category when there are contraindications in the examination. Moreover, introducing structured reporting can slow down workflow, because a typical radiologist can dictate a free text report in minutes.

Sommer wants the session to cover various initiatives on structured reporting. These include the joint initiative between the European Society of Radiology (ESR) and Radiological Society of North America (RSNA). 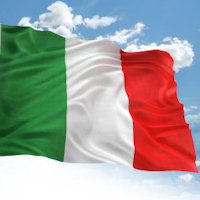 Structured reports facilitate epidemiological analysis
Unlike those created in the traditional free-text format, structured radiology reports enable real-time calculation of epidemiological statistics and...
Structured reports can improve quality and workflow efficiency
VIENNA - Harder, better, faster, stronger: It's not just a song, it could also be the mantra for radiologists as they try to improve workflow efficiency...

Patients have rights to quality standards of radiology reporting
Radiology today is integral to modern-day patient care. But do patients understand the significance of the report that is produced and that it is a medical...