June 11, 2014 -- The U.K. Royal College of Radiologists (RCR) has called for changes in how overseas doctors working for teleradiology companies are regulated. To underline its resolve, RCR officials have issued a 13-point position statement, met with the U.K. General Medical Council (GMC), Care Quality Commission, and expressed their concerns to the Department of Health.

"The reporting of patients' images by a local radiologist who can speak directly to other clinicians is the best for patients," noted RCR President Dr. Giles Maskell. "Remote reporting or teleradiology can provide a useful alternative when local services are overstretched. However, patients deserve the reassurance that qualityand safety are always the first priority, whoever reports their images." 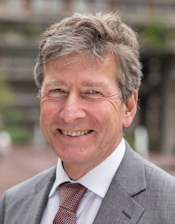 We must reassure patients that quality and safety are always the first priority, whoever reports their images, says Dr. Giles Maskell.

All radiologists who issue reports on U.K. patients should be subject to revalidation or an equivalent process, regardless of where they are based, he added. Doctors practicing in the U.K., including those working for teleradiology companies, must be registered and hold a current license to practice with the GMC and are subject to revalidation, but increasingly doctors based outside the U.K. are being employed to report on images of U.K. patients. Maskell and others are concerned that these radiologists are not required to be registered with the GMC, have a license to practice, or be subject to a process of revalidation.

In the document, released on 10 June, RCR said it strongly supports the European Society of Radiology (ESR) statement that teleradiology should be explicitly defined as a medical act in order to ensure quality of care and patient safety, and that the same level of guarantee, in terms of quality and safety, must be applied to these services as compared with standard medical acts. Interestingly, however, the RCR does not make any distinction between overseas service providers based within the EU and those based outside of the EU.

According to the authors, "The RCR does not agree with the European directive that requires teleradiology to be provided in accordance with the legislation of the teleradiologist's member state (country) of establishment and not with the legislation of the member state where the patient underwent the imaging. We believe that in some situations this could lead to lower standards of care, regulation, and protection than in the U.K. and does not give a patient in the U.K. the same level of assurance and legal protection as is the case with other medical interactions."

Teleradiology providers who work quite extensively (but not exclusively) with non-U.K. radiologists based outside the U.K., such as Radiology Reporting Online and Telemedicine Clinic, are likely to be most affected by any new regulations. 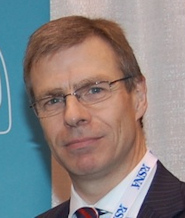 The RCR statement is likely to lead to more discussions on patient consent, according to Dr. Stephen Davies.

Dr. Stephen Davies, medical director of Medica Reporting, said he thinks the document is consistent with the college's previous stance on teleradiology and largely reinforces the approach advocated in previous statements, although he stressed he had only briefly read the RCR statement due to lecturing duties at this week's U.K. Radiological Congress (UKRC) in Manchester. Because Medica only uses accredited U.K.-based radiologists with at least two years' experience in the National Health Service (NHS), he does not think the new statement will have a big impact on the company.

"Producing high quality, accurate reports is at the heart of what we do, and that won't change," he noted. "Patient care and safety is still the main focus of our business."

It's also important to understand that teleradiology companies are not looking to displace the local radiology service, but are merely enhancing it and filling in the gaps in provision, added Davies, who is a radiologist at the Cwm Taf Health Board in South Wales and a former president of the British Institute of Radiology (BIR). One point that he has noted is the statement regarding patient consent, which looks set to renew discussions on this topic.

Similarly, Dr. Dan Collie, managing director of Expert Eye and a consultant radiologist at Fife Acute Hospitals NHS Trust and Spire Murrayfield Hospital in Edinburgh, said he did not anticipate that the RCR statement would affect his company because it does not work with overseas radiologists.

The RCR position statement lists 13 key principles for the use and practice of safe, high-quality teleradiology, including:

While the RCR recognizes there is a role for teleradiology, it believes this should not replace or destabilize the traditional model of an on-site,local radiology service, and it is time for the appropriate measures to be put in place to protect and assure patients, concluded the statement.

For more information about the RCR statement, click here.

Forum Comments
4 comments so far ...
6/13/2014 2:30:53 AM
Philip W
[In response to our article about the Royal College of Radiologists' statement on teleradiology, Prof. Phillip Gishen of Radiology Reporting Online has asked me to post the comments below. Regards. Philip Ward, Editor in Chief, AuntMinnieEurope.com]

Radiology Reporting Online only uses UK radiologists, either based in the UK or Australia.  These radiologists are highly experienced GMC specialist registered, FRCR qualified, UK medical insured and are present or past consultants in the NHS.  The vast majority of examinations are reported from within the UK, although urgent overnight examinations are reported from Australia.

The advantage of RRO's model, is that in delivering its urgent overnight reporting service to the NHS from Australia, RRO's British consultants are wide awake as it is daytime - RRO's doctors are not tired or woken to report these scans and are in constant telephone communication with the referring clinician.  With their wide experience and knowledge of how the NHS functions, we believe this carries great advantage compared to consultants who work through the night, and in many cases work throughout the following day in their trusts.

RRO will not be affected by any new regulations based on the RCR position statement.

Like Stephen Davies, I agree that producing the highest quality, accurate reports is what lies at the very heart of teleradiology. We do not replace radiologists, instead we fill gaps in radiology provision.

6/14/2014 2:49:04 AM
Neelam.Dugar
The statement is most welcome.
1. Recognition that radiology reporting is a medical act is essential. This is important for maintaining quality standards "why do we need qualified doctors with further image interpretation qualifications to interpret radiology"
2. At UKRC we debated the definition of a sub-specialist radiologist. We agreed it has to be one who participates in regular face- to-face dialogue with clinical specialists--gynaecology, ENT, GI, urology etc through MDTMs
3. Night time radiology (8pm to 8am) MUST be separated from daytime radiology. RRO Australian reporting at night time with properly qualified radiologists is a great innovative way of service delivery to NHS patients.
6/18/2014 11:33:00 PM
French Radio
The French Society of Radiology (SFR) published already 5 years ago a quality charter totaly in accordance with the UKRC.
We were surprised by the last whitepaper édited by the ESR which doesn't seem cpnsider tthat our common thinks are too restrictive. Maybe because yhey're leaded by radiologists involved in commercial companies of teleradiology....

6/19/2014 12:07:37 AM
Del Knudson
Of course, we have had tele radiology in the U.S.  for some time.  Although, I spent most of my career teaching NeuroRadiology and Interventional Radiology in major U.S. University Hospitals; I also interpreted a lot of plain radiographs.  I found that though I didn't alter my written reports too much depending upon which doctor had requested them; I did often give much more nuanced and complete reports by phone or in person.  Also, when consulting with excellent and very experienced specialists I would use the more precise and specific language that they understood; while when consulting with a "Family Practice Physician" I would word the conversation in more commonly understood terms.  Much of this customized or tailored information tends to get lost in a report from overseas.

I think it is a plus that radiographs can be properly interpreted 24/7 for all patients everywhere, and feel tele radiology has a role to play in this; but do feel nuances can get lost in remote medicine.  For example, if you find that the requesting doctor has wanted information that the specific study can never provide, you can point that out to him if you have a candid conversation.  Also, if he wanted some information that is available on the radiograph; but you didn't think to include this rather oblique or esoteric interpretation, you can do that. In the process you may be able to improve the specificity of the use of radiology in his practice.  Of course, one does this gently, so as to avoid arousing hostility.