LONDON - The cost of 7-tesla MRI systems is the main deterrent to more widespread clinical adoption of the scanners in hospitals, not technical challenges, a leading German expert told delegates at the annual meeting of the International Society for Magnetic Resonance in Medicine (ISMRM).

When asked what it would take to for a 7-tesla machine to become as available as 3-tesla or 1.5-tesla systems in the future, Thoralf Niendorf, PhD, said, "For now, I think it's readily available, most of the brain imaging protocols are very much established and can be used."

"At the end of the day, I think it's just the price tag that makes the difference between 3T and 7T, and not every institution might be able to afford a 7T system," he noted. "But from a technical point of view, availability is not an issue at all; for brain MRI, it's just about the money."

Niendorf, who is professor for experimental ultrahigh-field MRI at the Charité in Berlin and head of the Berlin Ultra High Field facility at Max Delbrück Center for Molecular Medicine, spoke about new frontiers and applications in high-field imaging at ISMRM 2022. He highlighted the growing demand for imaging services, particularly in tackling the global burden of neurological disorders and the challenge of integrating findings from molecular and cellular insights from brain research.

Imaging has a major role to play in the move from late-stage treatment toward earlier diagnosis of disease processes before symptoms occur, he said. Niendorf underlined the clinical importance and relevance of neuro MRI -- brain, spinal, and head and neck exams typically account for over 50% of total examinations.

"You are the experts and are used to doing this at 1.5T and 3T, and now we are trying to push the envelope and do this also at 7T," he continued.

"We believe 7T MRI can really make a difference when it comes to the differentiation of MS lesions from other neurodegenerative diseases (such as Susac syndrome)," he said.

"But imaging lesions is not enough -- that would limit us to being photographers, when we are researchers, scientists, and radiographers who want to help people and save lives. That's why we need to learn more about the mechanisms behind neurodegenerative diseases or neurological disorders," Niendorf added.

Setting up a 7T service

The technological challenges of 7-tesla MRI should not be underestimated; however, according to Philippa Bridgen, an advanced MRI research radiographer at King's College London. She has helped set up a 7-tesla service at Guy's Hospital in central London.

"You really do need a good working relationship with your physics team, because they are absolutely vital to your success," she said during the same Saturday session.

The service is part of the London Collaborative Ultra High Field System, and with several partners, including King's College London, it is involved in work, including epilepsy research. The unit has already seen around 350 patients, including 60 children, since it opened in October 2019.

Bridgen said the main challenges to 7-tesla MRI included the need for extra safety training for staff, preparing patients for scans, and transient side effects (such as people feeling sick or having a metallic taste in the mouth), having clear clinical and referral pathways, securing research grants, and knowing what to do with images and incidental findings.

"If you need to get a radiologist to look at that, are they used to looking at 7T images? Are they seeing things they've not seen before? It's about getting their eye in," Bridgen said, adding that a key question around ultrahigh-field MRI is to identify who could benefit.

Bridgen was involved in a pilot study of 20 children that compared the clinical value of structural 7-tesla MRI for lesion detection in a cohort of children with drug-resistant epilepsy undergoing presurgical evaluation. It found lesions were visible at 7-tesla MRI that weren't evident on 3-tesla scans, but that were visible on PET. This could help guide stereotactic surgery to remove the lesions.

Aiming even higher in terms of field strength is Dr. Denis Le Bihan, PhD, and the team at NeuroSpin, part of the French Atomic Energy Commission in Saclay, Paris.

He described how the group has developed the "human brain explorer" -- an all-European machine dubbed "the most powerful MRI scanner in the world." In October 2021, it delivered its first images: a pumpkin scanned at 11.7 tesla. The plan now is to move on to patients, said Le Bihan, who came up with the idea over 20 years ago.

He spoke at ISMRM 2022 via a video link because he is currently in Germany to receive the Eduard Rhein Foundation Award for the invention of diffusion tensor imaging (DTI) MRI. He said the 11.7-tesla magnet was so large once manufactured that it had to be routed in transit to avoid lower road bridges. 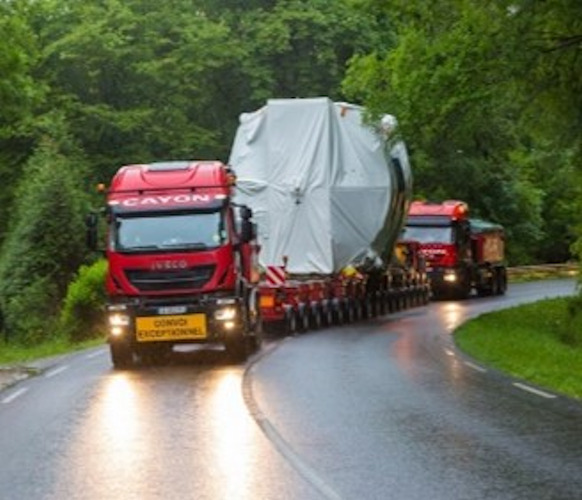 The scanner should help researchers to better explore some brain disorders and neural patterns, he told delegates at ISMRM 2022. 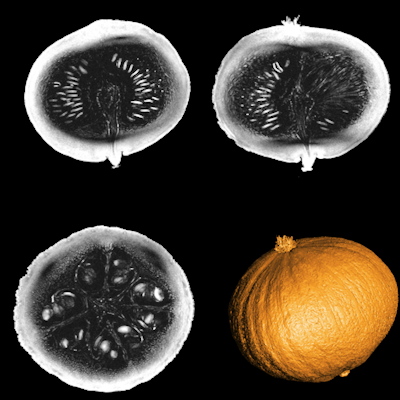 11.7T MRI scanner produces 1st images in time for Halloween
An all-European machine dubbed "the most powerful MRI scanner in the world" has delivered its first images: a pumpkin scanned at 11.7 tesla. The plan... 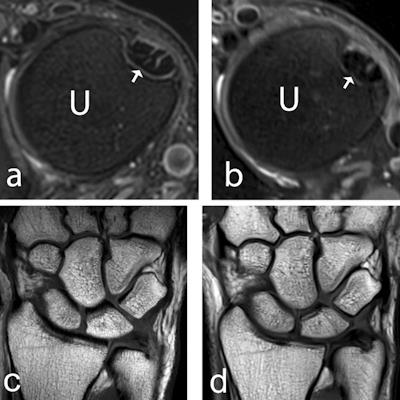 7T MRI shows renewed promise for imaging wrist trauma
Depicting the wrist with MRI is challenging, but a new study from Sweden has revealed that 7-tesla MRI improves anatomical visualization and image quality... 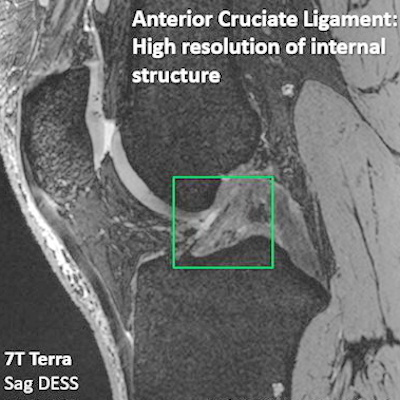 7T MRI can add value in tricky lower-extremity MSK cases
7-tesla MRI isn't easy "out-of-the-box" imaging, but if you use the right protocol, it can be very effective, even for sports imaging, Swiss musculoskeletal... 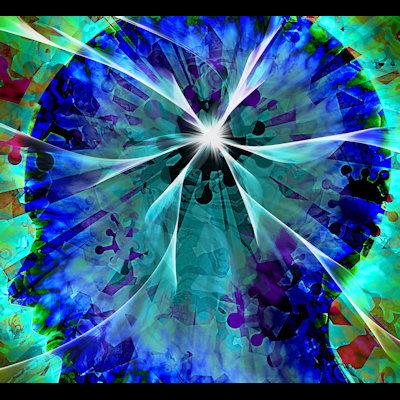 Oxbridge team collects top award for 7T study of long COVID
Researchers from the universities of Oxford and Cambridge, U.K., have developed a protocol for proton MR spectroscopy for evaluating brainstem function... 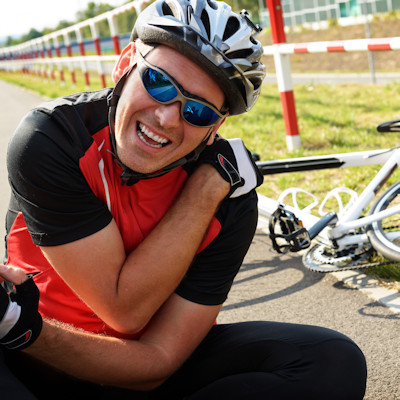 Clinical shoulder MRI becomes viable at 7 tesla
German researchers have shown that high-quality MRI scans of the shoulder can be acquired in 25 minutes at 7 tesla, making the technique clinically feasible...
Copyright © 2022 AuntMinnieEurope.com