As the European radiological community draws a collective breath from ECR 2016, it's a perfect time to reflect on the meeting and identify the major trends affecting medical imaging. Central themes circulating the halls of the Austria Center Vienna included the safety of MRI contrast agents, big data and mobile devices, the future direction of digital breast tomosynthesis, new advances in cardiac CT and MRI, and the ECR's growing emphasis on youth.

The atmosphere was simply electric during the panel discussion at Friday's special focus session on contrast-enhanced brain MRI. A series of insightful comments and questions came from the floor, and the speakers responded with eloquent and carefully considered answers. This underlined why all of us still go to conferences. Anybody who was there can regard themselves as lucky.

Everybody agrees that the important safety issues surrounding the use of gadolinium-based contrast agents (GBCAs) in the brain are complex and technical. The problem is there's a lot of misinformation out there, and the waters are both murky and muddy. 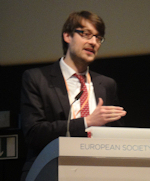 There are many vested interests at work, and it's impossible to know whom to believe and trust. Reliable data from multicenter studies aren't yet available. You have to feel deeply sorry for the regulators on both sides of the Atlantic who are currently investigating the subject. They have a thankless task, and will require the Wisdom of Solomon over the coming weeks and months.

Radiologists must avoid "gadolinium phobia" that would lead to an unreasonable decline in use of GBCAs, cautioned Dr. Alexander Radbruch, a radiologist at Heidelberg University Hospital in Germany.

An even more stark warning came from Dr. Johannes Heverhagen, professor and head of radiology at Inselspital, University Hospital of Bern, Switzerland: Radiology has not learned the lessons of nephrogenic systemic fibrosis (NSF), and unless it learns them quickly, the same mistakes will be made and patients will suffer.

No U.S.-based speakers were at Friday's session, and this suggests that Europe lies at the heart of the current debate over the safety of GBCAs. The rush is on to publish more authoritative, meaningful data and expose the misinformation. The next 12 months promise to be fascinating.

If you were interested in hot topics in radiology informatics, ECR 2016 was the right place to be. Attendees were served up a veritable smorgasbord of sessions devoted to exploring the application of hot IT topics, such as big data and deep-learning technologies, vendor-neutral archives, cloud computing, mobile devices, and radiation dose monitoring techniques.

Will deep learning make life easier for radiologists or eventually enable computers to replace them in the future? Time will tell on that controversial question, but for now many are watching closely to see what deep-learning algorithms can produce over the next few years. Several talks at ECR 2016 delved into the potential benefits -- and controversies -- of deep learning and artificial intelligence in radiology.

Thanks to patient interest and political forces in Europe, cloud computing appears primed to play a big role in the future of healthcare. In PACS, cloud computing can confer a number of advantages, but not everybody is convinced that PACS should belong in the cloud.

Mobile devices can be used in a pinch for diagnostic purposes in some applications, but one of their most popular and -- and valuable -- roles may be to facilitate image sharing and collaboration among colleagues. Attendees at ECR 2016 were able to learn about the importance of security when engaging in these valuable activities.

Vendor-neutral archives and radiation dose monitoring also remained as key areas of focus in radiology informatics at this year's meeting.

The viability of digital breast tomosynthesis (DBT) as a screening device continues to be probed, with several papers at ECR 2016 focusing on the subject.

Radiologists seem to be divided into two camps. Some are urging "full steam ahead" regarding the adoption of DBT as a screening device, while others are urging more caution. In the first camp, Dr. Thomas Helbich, professor of radiology and vice chair in the department of radiology at the Medical University of Vienna, urged radiologists to not be conservative regarding the adoption of DBT during a keynote presentation on 6 March.

"Think that tomosynthesis is only an improvement of an existing technique and not a new technique?" he said. "I compared it with riding a horse and driving a car. It is important to go with innovations and to move."

However, in the other camp, researchers are saying breast imaging is not quite ready for DBT as a screening tool, which came out during a question-and-answer session comparing full-field digital mammography (FFDM) to synthesized 2D images derived from DBT scans.

The study from the University of Cambridge found that while readers prefer DBT when assessing lesion visibility, lesion extent, and when discriminating between malignant and benign lesions, readers prefer synthetic 2D for viewing microcalcifications. The results led an audience member to conclude FFDM can't be ditched just yet, something author Dr. Fiona Gilbert did not dispute. In fact, she said the preference for synthetic 2D for microcalcifications "surprised" her. (Be sure to check back later for AuntMinnieEurope.com's coverage of her study.)

What to do? Ditch FFDM and just use synthetic 2D and DBT or not? The answer is still unclear, but one thing's certain: DBT is not going away.

Advanced cardiac imaging modalities spent decades proving their reliability in diagnosing disease, but with that battle decisively won, the focus at ECR 2016 was on using these technologies on a broader scale to provide an unprecedented assessment of patient prognosis.

Sessions at ECR 2016 painted a picture of a CT toolbox loaded with techniques for high-resolution imaging and motion-stopping speed, reliable plaque quantification and analysis, spectral and materials imaging tools, and flow quantification to assess the real impact of stenosis. Which vulnerable plaques are really likely to rupture is being answered more confidently. And the traditional "warranty" associated with a negative coronary angiography exam persists even as new tools are making a complete functional assessment of the heart more reliable and easier to perform.

In another cardiac CT study, Hungarian researchers used coronary CT angiography to find that people who slept less than the standard eight hours per night did not have a higher rate of coronary artery disease.

On the cardiac MRI side, sessions on T1 and T2 mapping took aim at other important questions that impact survival and the course of care. For example, T1 mapping is taking cardiac tissue characterization to new levels, offering a nuanced view of myocardial health from the perspective of the myocite and interstitium together, noted Dr. Pierre Croiselle from the University of Lyon. The technique can even detect early fibrotic changes not always detectable on late gadolinium enhancement imaging.

Meanwhile, Dr. Meinrad Beer from the University of Ulm in Germany spoke of MR spectroscopy's promise, notably improved with the introduction of high-field MRI, for providing a deep understanding of myocardial health, cardiac efficiency, and the promise of vastly better outcomes in certain patients with new techniques.

No. 5. ECR's emphasis (or overemphasis?) on youth gathers pace

Dr. Paul Parizel, PhD, is going to be an incredibly busy man over the next year. The roles of ECR and ESR presidents are being combined, and Parizel is the first person to shoulder this dual burden.

Dr. Paul Parizel, PhD, chairman of the Antwerp University Hospital Department of Radiology and full professor of radiology at the University of Antwerp Faculty of Medicine, is the incoming ESR/ECR president.

He's a popular, charismatic, and highly respected figure in European radiology, and if anybody can make a success of the job, it will be him. Surely being Belgian will also help; he seems like a good linguist, and he is politically astute and knows how to handle himself. These will be useful virtues as he prepares to enter some shark-infested waters.

Parizel intends to make youth a priority, and he explains why in a revealing interview with the ESR's Julia Patuzzi.

"I have made it a central theme of the congress. ECR 2017 will be dedicated to YOUTH, die Jugend, la jeunesse, la giovinezza, la juventud, молодежь," he declared.

This is a welcome initiative. It's a cliché, but young radiologists represent the future. Their talents need to be developed and nurtured, and this requires inspiration and encouragement.

But the real danger is that younger colleagues are put on a pedestal and are given a false and misleading impression about daily clinical practice. Radiology is primarily about making sick people better by delivering an accurate and timely diagnosis. This involves intense concentration, rigorous attention to detail, successful teamwork, and many years of practice and sheer hard work.

Radiologists are caregivers, not rising stars in search of glory. 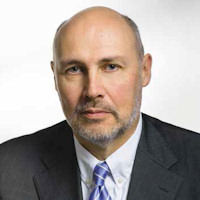 Parizel identifies youth as central theme for ECR 2017
Dr. Paul Parizel, PhD, from Antwerp, Belgium, is the incoming president of both the European Society of Radiology and the European Congress of Radiology....

Danger of 'gadolinium phobia' looms in Europe
VIENNA - There's a serious risk of a phobia developing over the use of gadolinium-based MRI contrast agents, following the recent publication of a stinging... 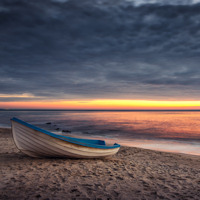 Riklund prepares to enter uncharted territory at ECR 2016
Outside of radiology, Dr. Katrine Åhlström Riklund, PhD, loves boating and barbecuing at her family summer house. But she will soon enter... 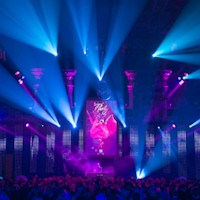 Top 5 trends from ECR 2015 in Vienna
As the dust begins to settle on ECR 2015, now is a great time to reflect on the meeting and identify its major trends. Central themes at the congress... 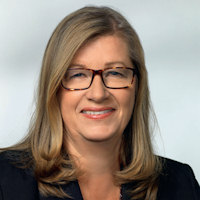